This is a blog by Melissa Santosa. 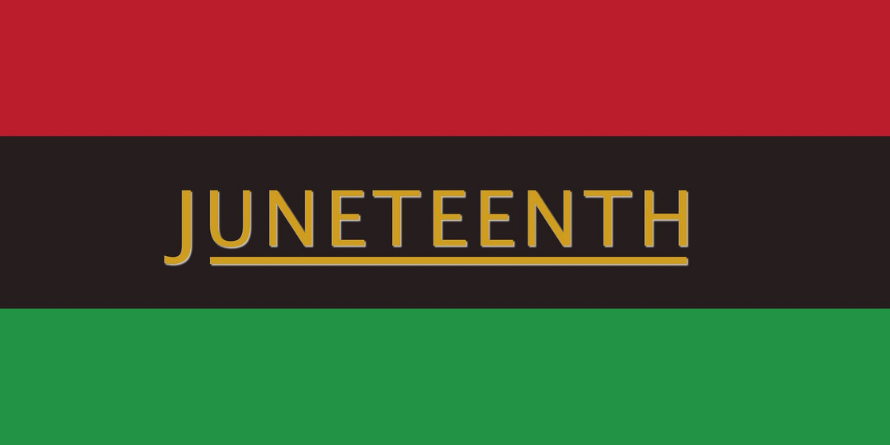 Back in February, Alameda County Library made a commitment to celebrate and remember Black History all year round. In June, we want to honor and acknowledge our new national holiday that officially marks the reading of General Order No. 3, announcing the fulfillment of the Emancipation Proclamation.

On June 19, 1865, Major General Gordon Granger of the Union Army arrived in Galveston, Texas to announce to enslaved Black people that they were free. Many Black people in Texas were not told about the Emancipation Proclamation in 1863 because the planters wanted to continue reaping the financial benefits of using their labor through chattel slavery. In addition, the Emancipation Proclamation was difficult to enforce and slavery in America did not end until after the ratification of the 13th Amendment.

This day was marked with celebration among African Americans in Texas, and in some cases an exodus from plantations to other parts of the country. Celebrations include food, music, dance, education, parades and re-telling of history. The celebration of freedom was called Jubilee Day, Freedom Day, or by its date June 19th. Over time, the words June and nineteenth blended together to become Juneteenth which is what we call the holiday today.

We celebrate the recent legislation to make Juneteenth a federal holiday and activists’ decades-long work for the recognition of Juneteenth.

Ways to Remember and Celebrate Juneteenth

Celebrate Juneteenth with Books for All Ages!